Alesis Nitro Mesh Kit is an affordable option suitable for both beginners and advanced level drummers. It comes with everything you need to get started. Founded in 1984 in Hollywood, Alesis has grown into one of the most respected manufacturers of all variety of musical instruments—including drums. The company offers various electronic drum models and kits.

Contents on this page

Let’s take a closer look at the Alesis Nitro Mesh 8-piece and explore its pros and cons so that you can decide if this electric drum set is the right one for your needs.

The Alesis Nitro Mesh is a complete eight-piece electric drum set. Featuring the latest generation of Alesis mesh drumhead technology, it offers a truly realistic feel and is among the quietest on the market—it’s also one of the most affordable.

This kit’s ample—but tightly packed—playing surfaces are enhanced by a quality recording module with an LCD-backlit display. This Alesis nitro module designed with an expanded library of 385 percussion sounds, 40 play kits, and 60 music tracks.

It is USB MIDI compatible and even works with old-school in-and-out jacks, allowing you plug-and-play capabilities with nearly any device from an iPhone to sound modules.

You get a sturdy four-post aluminum mounting rack to support the entire setup. The height-adjustable mount has a memory lock, which can remember your desired height. However, tall players may find the mount to be a bit on the short side. To get around this, you might consider adding something underneath the mount.

Four of the five mesh drumheads are tunable. As mesh drumheads, they provide much better response and sound quality than a rubber kit. Nylon woven at an angle of ninety degrees makes for a durable and responsive design with whisper-quiet operation for apartment dwellers and those with roommates.

The Nitro Mesh Kit’s dual-zone snare offers even more sound versatility. However, the tom drums are only single-zone.

Overall, this is a budget friendly electronic drum set. It offers performance and features you wouldn’t expect from an instrument in its class. Your next question might be, what does this kit include, exactly?

Do you know this electronic kit was featured in Summer NAMM 2018, played by the drummer, ‘TEXAS’ Tim Root. Check out the Demo below.

Recording with the Alesis Nitro

The Alesis Nitro Mesh comes with a unique recording feature that allows you to record in three ways while playing.

The first option is to simply hit the “rec” button on the module. If you want to listen to these recordings you can do it via headphones and speakers but unfortunately, you can export the recording from the module.

The second method is to record via the audio output. Connect the module with a recording device (even a smartphone will do). Just press the record button as in the first step and you will end up with decent sound quality.

The final way is to use MIDI conversion. You can use the USB port or the MIDI in/out with recording software like Logic, Ableton, Garage Band etc. For a beginner, we recommend using Free REAPER software. However, to do that, you need to connect the module to your computer via MIDI outputs (to the right) or MIDI-USB (to the left). You can still achieve great sound quality–even in a practice room.

Even though the Alesis Nitro Mesh is a reasonably priced electronic drum set, it provides comparable sound quality to those produced by more expensive drums. You get an LCD display to scroll quickly through the features as well as a performance recorder, an onboard sequencer, and a metronome to help you quickly produce your beats.

The Alesis Nitro Mesh Kit drum module offers an amazing selection of drums for any music genre you could think of, without the need to purchase or download additional kits. The system comes with 40 ready-to-play classic and modern kits in addition to 60 play along tracks so there’s something for every musician’s needs at all times. The features don’t stop there though!

A user has access to over 350 professionally created sounds including loops and samples from some of the most famous drum kit manufacturers.

Playing to Your Favorite Music

I love playing my favorite songs with the Alesis Nitro for a few reasons. For starters, it makes rehearsing and recording much easier- just plug in your instrument and start rocking out.

Connect your mp3 player, phone, or laptop to the Nitro module with this adapter, hit the play button on your phone and you’ll be able to hear music through headphones or speakers as well as drum.

When you have learned all your favorite songs, you can start practicing 60 play-along the Alesis Nitro has to offer, with everything from Pop to Rock to Jazz to BigBand and other styles. You’d hear them like this:

As the name suggests, the Alesis Nitro Mesh has mesh heads—five of them, to be exact. Four of the five are tunable. As mesh drumheads, they provide much better response and sound quality than a rubber kit. Nylon woven at an angle of ninety degrees makes for a durable and responsive design with whisper-quiet operation for apartment dwellers and those with roommates.

The Nitro Mesh Kit has a dual-zone snare. This option offers even more sound versatility as you can produce different sounds by hitting either the rim or the center of the pad—just like a traditional drum set. However, the tom drums are only single-zone.

This kit includes a hi-hat, ride cymbal, and a chokable crash, for a total of three cymbals. Each one has a comfortable 10-inch diameter. Cymbals typically range between 14 and 18 inches with smaller sizes producing a higher pitch, so this is a nice middle-ground for tone quality.

The Nitro Mesh also includes a kick drum and chain-drive pedal. The pedal is a particularly nice addition as many all-in-one kits don’t include one, and they can be expensive. You can also use this kit with a double-bass pedal, though it does take a bit of adjustment to get both to hit in the center of the kick pad.

The Alesis DM6 is the predecessor of the Alesis Nitro. While the DM6 was an incredibly popular electronic drum kit that offered excellent sound quality at a low price, the Nitro has improved upon it in many areas.

The Nitro is much more capable than the DM6 in every aspect. It has more sounds, more features, and overall better quality. Unless you can get the DM6 for a great deal, the Nitro will always be the better option.

Hence I recommend you go for the Alesis Nitro Mesh compared to Alesis DM6.

The Alesis DM6 Nitro is another successor of the original DM6. It features all of the DM6s hardware but has the Nitro drum module instead.

Both the DM6 Nitro and the Nitro Mesh share the same drum module, so they have the same sounds, kits, and features like training tools.

Overall, while the DM6 Nitro is a cheap alternative with the same module, the Nitro Mesh’s pads and hardware make it worth the price premium.

Assembling the Alesis Nitro Mesh Kit from scratch takes less than a half an hour.

What is the difference between the Nitro Kit and the Nitro Mesh Kit?

The Nitro Mesh Kit has mesh snare drumheads and tom pads for improved response and versatility. The Nitro kit, on the other hand, has standard rubber pads.

The Alesis Nitro Mesh Kit is Highly portable and lightweight, even when fully assembled, but rather it is designed to be used in the home. If you are looking to take this kit and played on the go, then you would have to break it down and reassemble it.

Is the Alesis Nitro mesh good for recording?

Yes, Alesis nitro is a quality kit that is good for recording due to its number of midi options and audio outputs. I think that if you are in need of some drums to record with then this would be an excellent option since they can give off such great sounds when being recorded.

Can I expand the kit with more drum triggers?

Yes. You can add an additional tom and crash cymbal to the drum module if you wish.

Fully assembled, the Nitro Mesh Kit is approximate 6′ x 4′ compared to Nitro which is  5′ x 3′ making it the largest kit in this price. However, the configuration can be customized based on your preferences, which will affect the exact footprint of the setup.

Do I Need An Amplifier, headphones, or in-ear monitors To Hear Myself Playing?

Yes, you will need in-ears, headphones, or speakers to hear yourself. You should use standard electronic drum headphones and connect them to Nitro with 1/8” to 1/4” adapter.

Do I have to use a certain type of drumsticks?

You can use any plastic or wooden-tipped drumsticks. The kit does include a set of sticks. Felt mallets and beaters are not recommended for use with mash pads.

Is the Hi-Hat pedal a switch-type or a continuous pedal?

The Hi-Hat pedal is a continuous variable pedal. It can produce closed, open, and half-open hi-hat tones. It is also capable of “splash” and “chick” sounds.

The nitro module has 40 modern and classic ready-to-play kits. You can tweak existing kits or create your own using the 385 drum, percussion, and cymbal sounds in the module.

Summing It Up – Is Alesis Nitro mesh worth it?

The Alesis Nitro Mesh Kit delivers a superb sound for its price point. It is versatile and quiet—perfect for practicing at home. Although it may not satisfy the needs of advanced drummers, this is a good electronic drum set for beginners and offers great value for your money, and fully worth it. 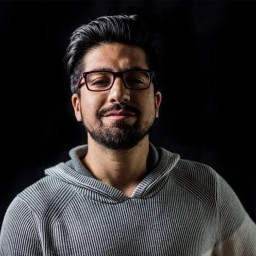